The threat of rampaging Ebola could totally shut down the world. Fear is a very powerful and at times, when fanned to extremes, a very destructive, irrational mind controlling emotion. Fear is spreading, you can cut it with a knife.With the chaos that already surrounds America and seemingly all of the global community we need to be vigilant not only about the real threats of the Ebola pandemic and our reaction to its inevitable spread, but to the governments response. Freedoms lost are rarely returned.

Despite the still confident exclamations from officials that the Ebola pandemic is ‘contained’, more and more nations are admitting to Ebola-symptomatic cases or bringing infected patients back from Africa for treatment. Australia has its first potential case of the deadly disease, as Bloomberg reports a nurse who returned from volunteering in Africa has developed Ebola-like symptoms. Despite claims that Nigeria’s outbreak is over, a Turkish worker there has been hospitalized in Istanbul after signs of high fever and diarrhea. Health officials from Germany confirm a 3rd Ebola patient has arrived in the country – having contracted the disease in Liberia. And finally, just as in the sad case of Thomas Duncan in Dallas, The Guardian reports the infected Spanish nurse went untreated and unquarantined for a week despite reporting symptoms at least three times to hospital officials. It seems the world is ill-prepared for this…

Nearly 200 airline cabin cleaners walked off the job at a New York City airport overnight, striking over health and safety issues that include fears over possible exposure to Ebola.

“The training will cover current guidance from the United States Centers for Disease Control and Prevention (CDC), the World Health Organization (WHO) and the International Air Transport Association (IATA),” the union said in a release. “This includes guidelines for cleaning airplane cabins and lavatories, for cleaning an area with possible Ebola exposure, and for determining which equipment employers are required to supply.”

The union added, “Amid rising fears of the spread of the deadly Ebola virus, the training will help workers better identify infectious disease hazards and protect against exposure and spread.”

Such a response comes as additional screening is scheduled to begin at JFK and four other main U.S. airports, a means of trying to catch any travelers from Ebola-ravaged countries who may be carrying the disease. 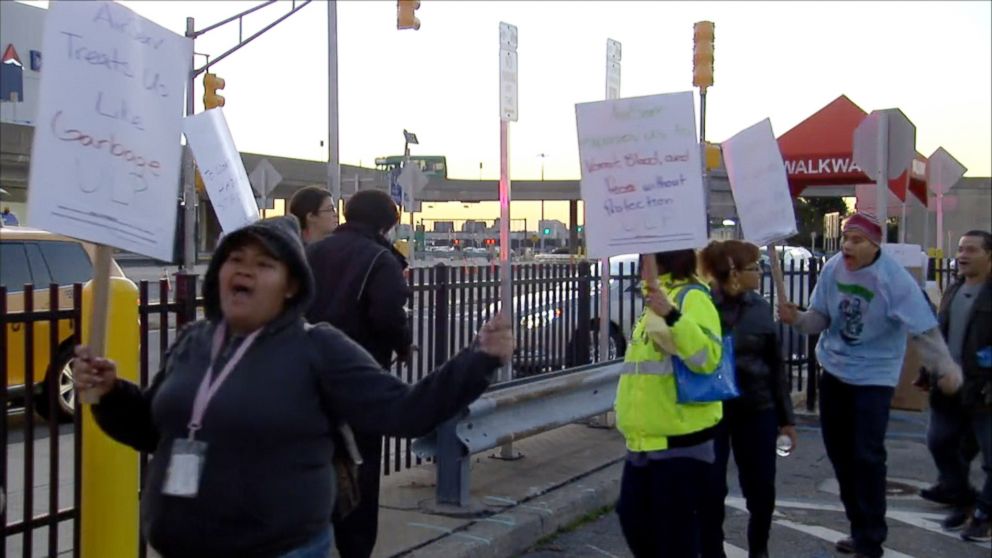 EPA Chief Gina McCarthy Can't Answer Climate Questions--How can we allow ourselves to be ruled by su...
The Rutherford Institute :: Kick Open the Doorway to Liberty: What Are We Waiting For?
BIGGEST LIAR EVER: Hillary Breaks The “Pinocchios” At Washington Post Fact Checker – Downtrend
<!-- <div class="published">