More than 60,000 people are calling for the arrest and prosecution of former president Bill Clinton, alleging he violated election laws by entering multiple polling stations in Boston and other Massachusetts areas on Tuesday. A Change.org petition launched that same evening calls on the state’s attorney general, Maura Healey, to take action against Clinton, though the Secretary of State insists his behavior was lawful.

The petition says the Bill Clinton made a “clear, knowing and egregious violation of the campaign laws to swing an election in a significant way,” alluding to Massachusetts General Laws and procedures that prohibit “[c]ampaigning within 150 feet of a polling station, or in any way interfering with the right to vote.“ According to state voting procedures, “no person shall solicit votes for or against, or otherwise promote or oppose, any person or political party or position on a ballot question, to be voted on at the current election.”

Secretary of State William Galvin told the New York Times his office “had to remind some of our poll workers that even a president can’t go inside and work a polling place. He can go in, but he can’t approach voters.”

During yesterday’s Super Tuesday primaries, the former president entered a polling station with Boston mayor Marty Walsh while campaigning for his wife in Massachusetts, a state that could have swayed for either Hillary Clinton or Bernie Sanders. It is illegal to campaign within 150 feet of a polling station, and given that he was an elected official for several years, Mr. Clinton was certainly aware he was breaking the rules.

No Shame for Bill and Hillary Entitlement Has No Boundaries

SIGN THIS PETITION!!! The Clinton’s are criminal pigs! Wake up America. 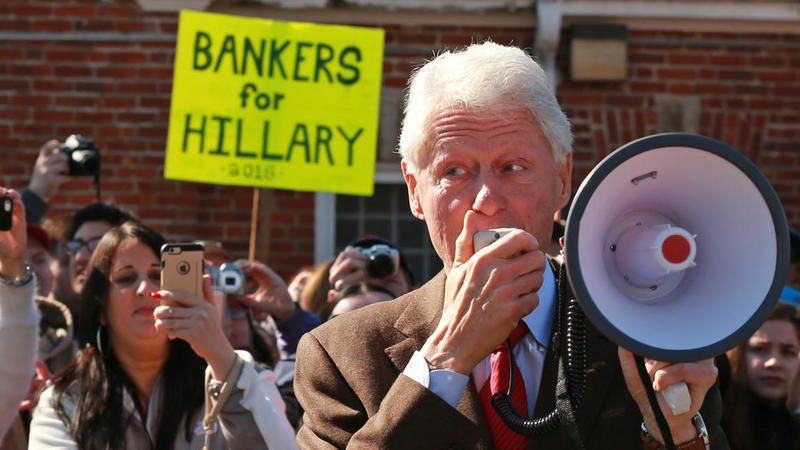 US troops spotted near Libyan frontline with Islamic State | Middle East Eye
Is a real civil war possible?
Innocence Lost in the Shameful Shadows-- It All Must End Now
<!-- <div class="published">